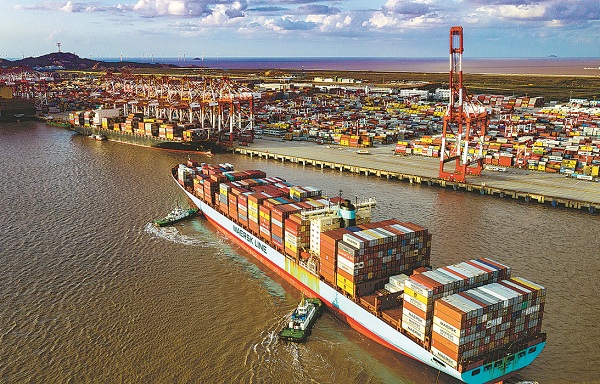 Pudong customs handled 22,000 declarations for imports and exports during the district's COVID-19 lockdown from March 28 to May 8, Xinhua News reported.

Official statistics show that Pudong customs has worked to ensure the safe and fast clearance of more than 2.75 million tons of cargos worth $2.7 billion during the lockdown.

As an area that boasts the most complete integrate circuits (IC) industry chain in the Yangtze River Delta region, Pudong has adopted flexible examination measures to meet 24-hour clearance demand of production materials and equipment.

In Jinqiao Comprehensive Bonded Area alone, customs examined and approved more than 700 truckloads of IC equipment and materials that had a combined value of $260 million.

Customs at Shanghai Pudong International Airport has also offered personalized clearance plans for businesses in key industries such as IC, biomedicine and automobiles.

A total of 43,000 tons of import and export cargos were handled at the airport between May 1 and 10, up 59.3 percent from the same period in April, according to the airport's customs authorities.