Shanghai moves up to fourth spot among global financial centers 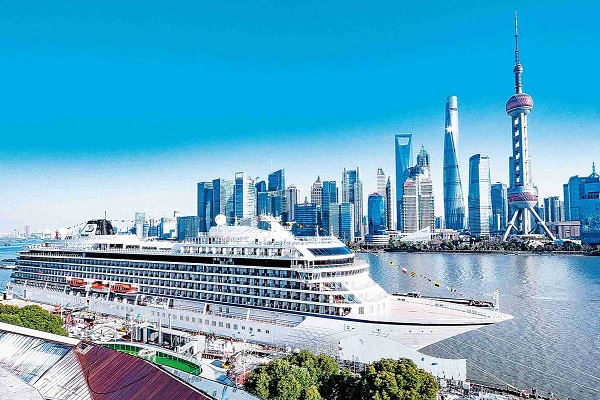 China Merchants-Yidun, the first Chinese-flagged luxury cruise ship of Viking Cruises, docks at a terminal at the Bund in Shanghai. [Photo provided to China Daily]

The index, which has been released in March and September every year since 2007, assesses 119 financial centers based on surveys and 150 other factors, with quantitative measures from the World Bank, the Economist Intelligence Unit, the OECD and the United Nations.

A total of 12 cities from the Chinese mainland were on the list: Shanghai, Beijing, Shenzhen, Guangzhou, Chengdu, Qingdao, Hangzhou, Dalian, Tianjin, Nanjing, Xi'an and Wuhan.

Beijing took eighth place, unchanged from the previous edition. Shenzhen returned to the top 10 in the index, replacing Paris, which fell to 11th place.

Guangzhou moved up eight places to the 24th position. Chengdu and Qingdao maintained their positions in 37th and 38th places respectively, unchanged from GFCI 30's position.

Overall, the ratings for most financial centers were relatively stable, according to the report. New York retained its first place in the index and London came in second, followed by Hong Kong.