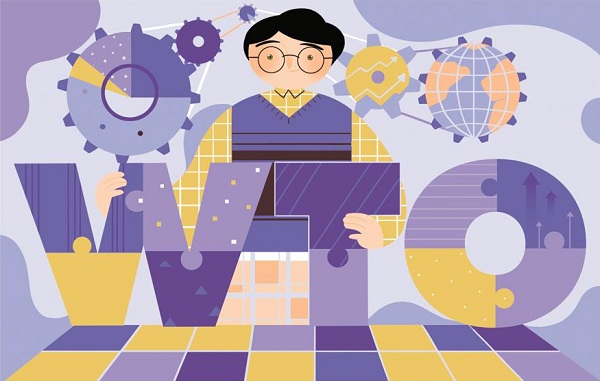 China entered the World Trade Organization 20 years ago, becoming its 143rd member. That was a historic starting point as it has reshaped China as well as the world economy.

Over the past two decades, China has risen from being the sixth-largest economy in the world to be the second-largest, and its share of the world's gross domestic product has expanded from 4 percent to 17 percent. In this process, China has contributed more than 30 percent of the global economic growth.

To integrate into the world economy, China has carried out comprehensive financial reforms, fiscal and taxation system reforms and foreign trade and foreign exchange system reforms, which have laid the foundation for its establishing of a socialist market economy.

Entering the WTO also expedited the legalization process of the country. Statistics show that over the past two decades, the central authorities have weeded out more than 2,000 laws, regulations and departmental rules, and local authorities more than 190,000 local policies and regulations.

China's entry into the WTO has promoted its integration with the world. Over the past 20 years, the number of overseas students studying in China has soared from 50,000 to half a million, and the foreign direct investment in the country has risen from $40.7 billion to $163 billion. China has surpassed the United States to become the largest recipient of foreign direct investment in the world. And its outbound investment also ranks first. The number of Chinese enterprises in the world's top 500 companies has increased from 11 to 143.

The US is attempting to introduce new global trade standards in a bid to isolate China from the rest of the world, and undo its development achievements over the past 20 years. In response, China has to open up to the world at a higher level, and make its connections with the world closer and deeper.

China has established a negative list administration model for foreign investment and is constantly expanding its opening-up in the financial sector, and accelerating its free trade zone reform and advancing the construction of a free trade port. It is a member of the Regional Comprehensive Economic Partnership, and has made an official application to join the Comprehensive Progressive Trans-Pacific Partnership. These moves show China's resolve and confidence to advance its higher-level opening-up.

China firmly upholds the principle of free trade, and supports the WTO arbitration mechanism, and is promoting reform of the World Bank and the International Monetary Fund. All these show that not only has China's opening-up reached a higher level, but it is also an active participant in efforts to make the global trade rules fairer.