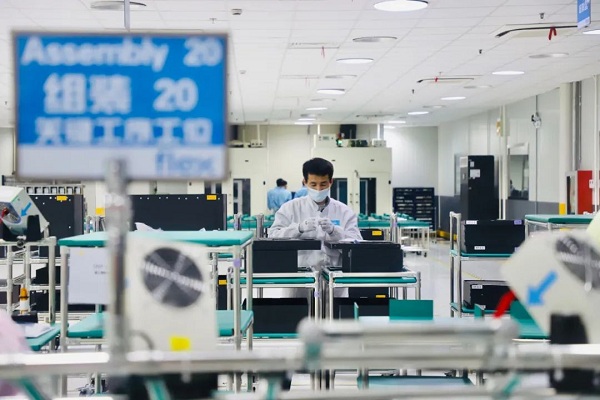 More of the world's latest imported high-end medical devices are being produced locally in Shanghai under the country's new marketing authorization holder, or MAH system – which helps to give patients quicker access to better health products and services.

Two companies – multinational Smith & Nephew Medical (Shanghai) and Flextronics (Shanghai) Metal Parts – are said to have set a great example in the use of the new system.

The first units were delivered on Oct 26 and when fully ramped up to peak capacity production is projected to generate output value of 100 million yuan ($15.65 million) within three years.

Last year, Smith & Nephew Medical (Shanghai), as an approved MAH, contracted with Flextronics (Shanghai) Metal Parts for it to produce the camera system.

That form of business partnership under the streamlined new system is said to be the first of its kind in the Shanghai FTZ Bonded Area.

"Previously, it took two and a half years for products produced overseas to enter China. After localized manufacturing was realized, more than half of the time was saved," said Hu Hai, general manager of Smith & Nephew China.

Guo Shuting, deputy director of the Shanghai Municipal Drug Administration, said such cooperation would be very beneficial to the development of Shanghai's pharmaceuticals industry and he hoped the practice model would now be promoted citywide.

The MAH system was implemented on a trial basis in selected regions in China from 2015 to July 2019 and was launched nationwide on Dec 1, 2019, after being endorsed by the Amended Drug Administration Law.