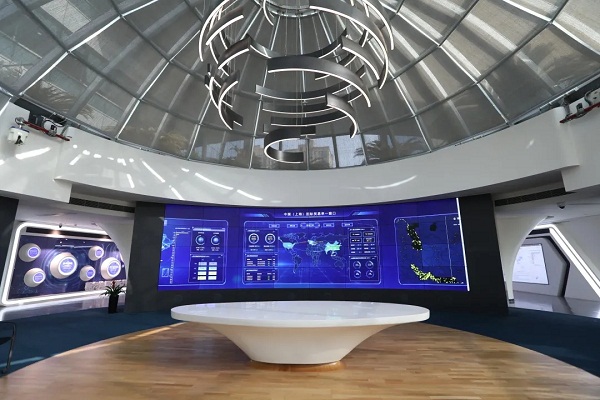 Shanghai E&P International Co, which is located in the China (Shanghai) Pilot Free Trade Zone, has significantly improved the efficiency and growth of foreign trade in Shanghai by using its expertise in the development of information technology related to international trade and port logistics.

The foreign trade sector in Shanghai has been recovering rapidly. Shanghai Port's container throughput in August reached 4.32 million TEUs, setting a monthly record. However, shipping containers are in short supply due to the COVID-19 pandemic.

More than 300 containers of CMA CGM were transferred through the model in a month, saving 300 yuan ($46.5) in costs on each container.

E&P is also the developer and operator of Shanghai's international trade single window system. Launched in 2014, the system is an important part of Shanghai FTZ's efforts in institutional innovation. It has simplified the declaration process for foreign trade companies, as well as saved much time and labor.

A number of new features have been added to the system to further facilitate international trade. Last year, E&P developed a feature that can automatically collect logistics data, analyze it, and declare shipments after a company makes a reservation. Statistics showed that this can reduce nearly 20 hours of time to complete a customs declaration.

In addition, companies can submit foreign currency transaction requests to a bank through the single window system simply by putting in a string of numbers, while the bank's risk control system, rather than its staff members, can review the requests.

E&P is currently piloting an integrated single window for the Yangtze River Delta region and working with other countries like Malaysia to develop a sea transport network visualization program.