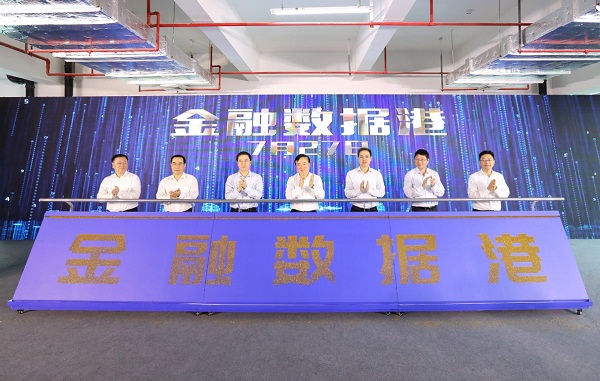 The Financial Data Port in Shanghai's Pudong New Area was officially launched on Tuesday, addressing the central government's plan to build Pudong into a pioneer for China's socialist modernization.

By focusing on six major functions of payment, clearance, credit investigation, supervision, security and setting up related standards, the Port will help to explore the financial value of data at a faster pace, said Hang Yingwei, governor of Pudong New Area. It is also part of the Area's efforts to facilitate Shanghai's digital transformation, he said.

Three key projects, including the research center of Haitong Securities, were unveiled at the launch ceremony on Tuesday. Another 11 companies and institutions, such as digital solutions provider H3C and Guotai Junan Securities, also reached agreements with the Port to set up offices or provide technology support.

The Communist Party of China Central Committee and the State Council released a guideline on July 15, saying Pudong New Area should pioneer China's higher level of reform and opening-up. According to the detailed measures in the guideline, the central government said a national-level fintech research institute should be set up in Pudong. This facility is scheduled to be launched in the Financial Data Port by the end of this year, according to Pudong government.

"Efforts will be made to build an industrial cluster, facilitate the application of more innovation and improve the ecosystem by launching the Port," said Men. "The ultimate goal is to make the Port more competitive and influential in the international market," he said.

The Financial Data Port is upgraded from the Pudong-based Shanghai Bank Industrial Park, which opened in 2002. With the help of technologies such as big data and artificial intelligence, the former industrial park is also aimed at attracting more large financial institutions, creating a financial data ecosystem and nurturing more fintech startups, said Yuan