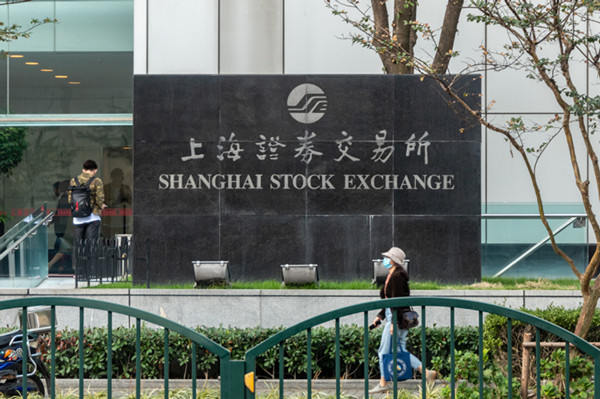 As an indisputable global financial center, there will be more to see in Shanghai's capital market reforms, and the city's ambition is clearly manifested in its 14th Five-Year Plan (2021-25).

The groundbreaking registration-based initial public offering mechanism first attempted by the STAR Market on the Shanghai Stock Exchange should also be steadily practiced by the main board, which according to the city's 14th Five-Year Plan will be a major objective regarding Shanghai's capital market reform in the following years.

The registration-based IPO mechanism first tried on the Nasdaq-like STAR Market in July 2019 was promoted to the technology-heavy ChiNext on the Shenzhen Stock Exchange in August last year. Yi Huiman, chairman of the China Securities Regulatory Commission, said at a forum on the 30th anniversary of China's capital market held in late 2020 that the registration-based IPO mechanism will be steadily promoted throughout the A-share market.

Thanks to the higher efficiency of the new IPO mechanism, the STAR Market has managed to see at least 225 companies successfully floated since July 2019, raising more than 318 billion yuan ($49 billion) from their stock market debuts.

As the market has grown more mature after the registration-based IPO was trialled on the STAR Market and ChiNext, a wider adoption of the mechanism may be announced after the two sessions scheduled in March, said Zhongtai Securities chief economist Li Xunlei.

Tu Guangshao, former president of China Investment Corp, said that the registration-based IPO mechanism will play an important role in promoting Shanghai's position as a global financial hub to a new level by increasing the ratio of direct financing.

"For one thing, the capital market's scale will be expanded. Its structure will be optimized with the new IPO mechanism so that the real economy will be better served. More importantly, a higher weighting of direct financing in the capital market in general will help with the reform and upgrading of the commercial banking system," Tu said.

Bearing the same function of increasing the ratio of direct financing, bonds are also stressed in the city's new plan. Shanghai should thus take the lead in the country to experiment with bond issuance reform. The scale of corporate bonds should be further expanded, according to the plan.

Dong Dengxin, director of the Wuhan University of Science and Technology's Finance and Securities Institute, said that the Shanghai municipal government's focus on the bond market is aimed at releasing burdens on banks. Commercial banks have worked as a major financing channel in China over the past few years. Public information shows that indirect financing, which is mainly composed of bank loans, has long made up some 70 percent of China's overall financing.

"Therefore, the financing risks for banks are overly concentrated as the country's overall financing relies too much on banks, which also points to potential risks to China's financial system," Dong said.

On the other hand, the threshold for issuing corporate bonds is relatively high in China, which is especially true for small and medium-sized enterprises. In this sense, the Chinese bond market should be more inclusive while efforts are made to perfect binding terms and credit rating systems. These are the deeper implications of bond market reforms implied in Shanghai's 14th Five-Year Plan, he added.