Pudong celebrates progress over past 30 years 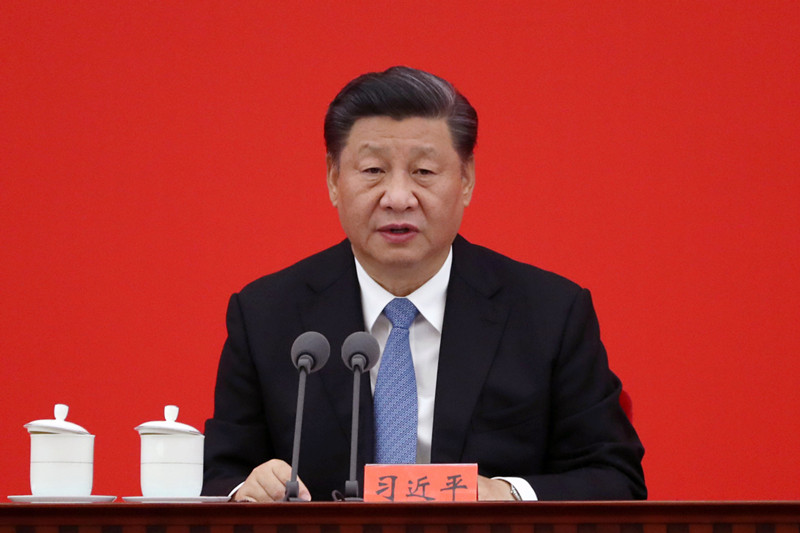 President Xi Jinping laid out a new vision for the development and opening-up of Pudong New Area in Shanghai on Thursday as he called for the area to become the pioneer of the nation's higher level opening-up and efforts to foster a new development paradigm.

In a speech delivered at a grand gathering in Shanghai to celebrate the 30th anniversary of the development and opening-up of Pudong, Xi urged the area to deepen high-level systemic opening-up and work toward gaining new strengths in international cooperation and competition.

The area must have the courage to shoulder the heaviest responsibilities and take on the most difficult challenges, strive to lead the nation's development in socialist modernization and better showcase to the world the Chinese concept, Chinese spirit and Chinese path, said Xi, who is also general secretary of the Communist Party of China Central Committee and chairman of the Central Military Commission.

In the speech, Xi recounted the historic process in which the area was transformed over the past 30 years from a rural suburban area of Shanghai to the city's hub in finance, trade and innovation.

"The remarkable achievements attained by Pudong's development and opening-up over the past 30 years have provided the most vivid example of the systematic strength of socialism with Chinese characteristics," Xi said.

Reform and opening-up is the inevitable course to adhere to and develop socialism with Chinese characteristics and to realize the great rejuvenation of the Chinese nation, he said.

He highlighted the need for the area to make all-out efforts to harness the growth engine of innovation and develop itself into a new front-runner in terms of independent innovation.

It is important to focus on the frontiers of science and technology, the main areas of competition in the economy, the major demands of the nation and the health of the people in bolstering fundamental research, including for application purposes, and strengthening the research and development of key technologies, he said.

The transformation of outcomes in science and technology into real productivity must be accelerated, and the level of supply chains must be upgraded in order to make new contributions to the stability of national industrial and supply chains, he added.

Xi encouraged Pudong to focus on key areas to develop innovative industries, saying that the region must step up the development of world-class industry hubs in areas such as integrated circuits, biological medicine and artificial intelligence.

The area should actively take part in and lead the organization of international science plans and projects and conduct coordinated scientific and technological innovation globally, he said.

He reiterated the importance of opening-up as China's basic national policy, saying that there should be no wavering from it at any time.

Any thought about seeking growth behind closed doors, any practice that shuns the outside world or any act of seeking hegemony and bullying will go against the trend of history, he said.

Xi said China welcomes all countries to share its development opportunities, adding that China is open to cooperation with any country, region and business.