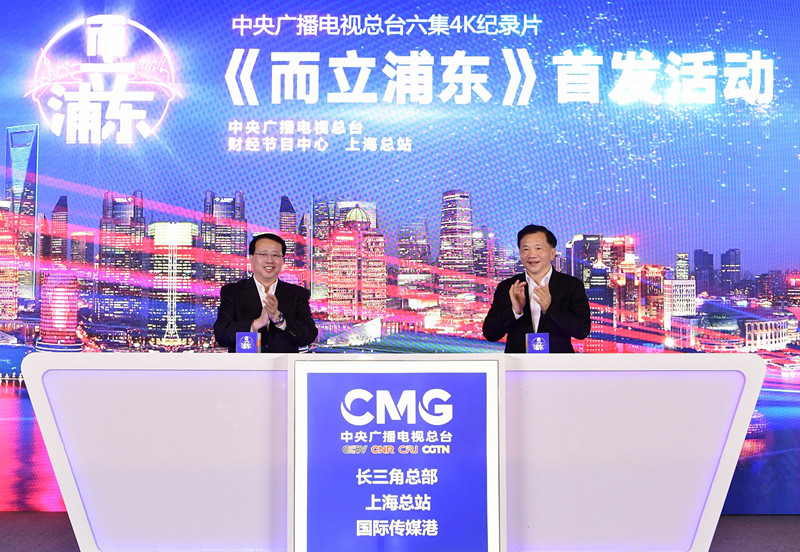 The launch ceremony of the six-episode documentary about Pudong New Area's opening up is held at the Shanghai Tower on Tuesday. [Photo provided to chinadaily.com.cn]

A six-episode documentary that details the 30-year development and opening up of Pudong New Area was launched on Tuesday at the Shanghai Tower to celebrate the 30th anniversary of the district's opening up.

Produced by CCTV, the documentary will be screened from Nov 10 to 16 on several of the broadcaster's channels, including CCTV International and CCTV9 Documentary.

The documentary, which took a year to film, will feature hundreds of documents and data that has never been revealed to the public before.

According to Li Binbin, the chief writer of the documentary, the six episodes, which span 270 minutes, were condensed from 3,000 minutes worth of materials put together by the main production team.

"I'm sure the show will move the hearts of many people," he added.

The CPC Central Committee and the State Council first decided to develop Pudong in 1990. The district now covers an area of 1,210 square kilometers and has a population of 5.51 million residents.