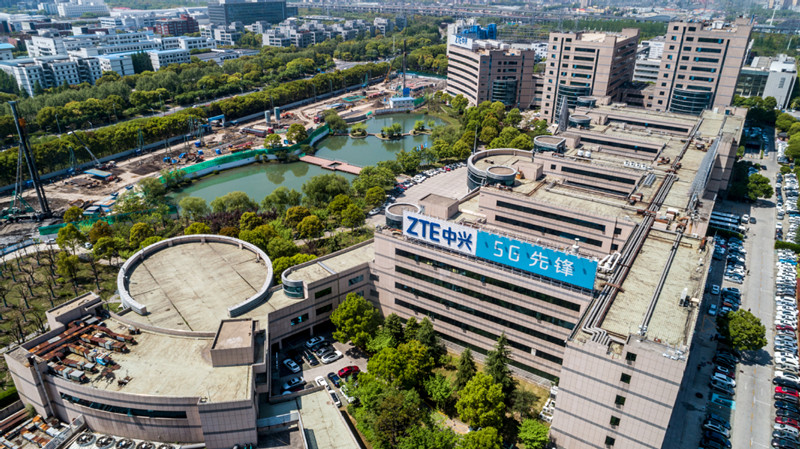 For instance, there is a smart refrigerator with an intelligent camera. It is operable via a mobile app. The smart fridge can automatically customize recipes based on food stored in it. What's more, it can remind its user to deal with food approaching best-before dates or on the verge of going bad.

The AI island, known as "AIsland" (a portmanteau), is spread over 66,000 square meters in the Zhangjiang Science City in the Pudong New Area, where 22 scenarios are being tested.

Global enterprises, including United States tech behemoths such as IBM, Microsoft, and China's Alibaba, have set up shop on the island.

Over the next 45 days, the number of firms on the AIsland is expected to surpass 100. They will focus on AI and other cutting-edge technologies. Some 7,000 scientists and researchers will power the AIsland's efforts, said Yuan Tao, chairman of Zhangjiang Group, the facility's operator.

The AIsland shows how Pudong is fostering science and technology innovation in Shanghai.

For instance, the Shanghai Synchrotron Radiation Facility, located in Zhangjiang, is the largest scientific device and public experimental platform in China. It has already clocked over 340,000 hours in experiments conducted over a decade by May 2019.

It is involved in frontier research in fields like life sciences and new materials. There are currently 15 beam lines and 19 laboratories in operation at the facility for over 24,600 users, including nearly 100 overseas users.

On the other hand, the China (Pudong) Intellectual Property Protection Center, launched in 2017, works to minimize the time enterprises spend on applying for patents and seeking authorizations. Time saved on paper work is used to facilitate research and innovation, which enhances their market competitiveness.

Government services are simplified to make the area attractive for top talent. The Pudong International Talent Hub, set up in April last year, has specially designed counters to issue work permits to expatriates and deal with their residence-related issues.

"In the past three decades, Pudong has endeavored to attract the best factories, advanced technology, and products worldwide," said Tang Shiqing, director of the Commission of Science, Technology, and Economy for Pudong New Area.

"However, in the future, we will extend the current industrial chain to cover more areas like resources of higher education institutions, talent and the latest discoveries," he said.

"Only by doing so can Pudong energize the economic growth and technological innovation in the country and across the world more efficiently."

According to a plan released in March, Pudong, as the core area driving Shanghai's goal of being a global science and technology innovation center, will strengthen its functions in scientific discovery, innovation transformation and four other aspects.

By 2025, the area aims to build 10 large-scale scientific facilities and cultivate core industrial clusters, according to Guan Xiaojun, deputy government chief of the Pudong New Area.

"We are optimistic about the manufacturing industry and market in China, and Shanghai, including Pudong, is a talent pool where the local government is supportive," said Liang Rui, head of Swiss technology giant ABB Robotics China.

Since it entered the local market in 1994, the company has cooperated with the Shanghai government in fields like energy, transportation and infrastructure.

With a total investment of 1 billion yuan ($148 million), a smart robotics manufacturing and research facility of ABB, which started construction in Pudong in 2019, is set to open by the end of 2021 and expected to achieve an annual production capacity of 100,000 robots.

"We are exploring not merely ways to develop industries covering big data and 5G, but scenarios where robots will be deployed in the future for tasks like garbage-sorting and medical services," he said.