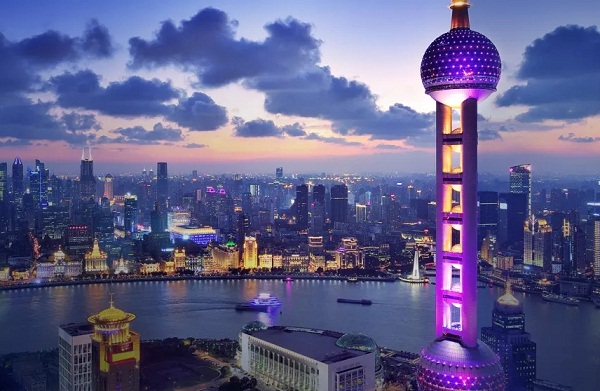 Nearly 30 exhibitors at the China International Import Expo (CIIE) have set up operations in Lujiazui district of the China (Shanghai) Pilot Free Trade Zone (FTZ) since the expo first launched in 2018, according to the local administration.

For example, Watergen, an Israeli company that provides renewable sources of clean drinking water, has set up its regional management headquarters in Lujiazui, according to an official at the Lujiazui administrative bureau of the Shanghai FTZ.

The company also plans to set up a production facility and a research and development center in the Yangtze River Delta region this year.

According to Ivan Melnikov, the company's chief representative in China, it took just two days to register the company in Lujiazui – a testament to the area's high efficiency.

In fact, the Lujiazui administration has remained in contact with many global exhibitors who participated in previous CIIEs over the past two years.

A special working team was established to follow up with these companies and offer targeted services to help them set up operations and expand in the Chinese market.

"A set of working mechanisms designed to better serve CIIE has been formed. We will keep in close contact with enterprises attending CIIE in order to offer them the perfect development platform for investing in China," said Feng Ji, a member of Lujiazui’s investment team.

This year, more than 40 companies in Lujiazui will take part in the third CIIE, including eight global businesses such as Dassault Systemes, ICONA, and Richemont, which are making their debut at the expo this year.