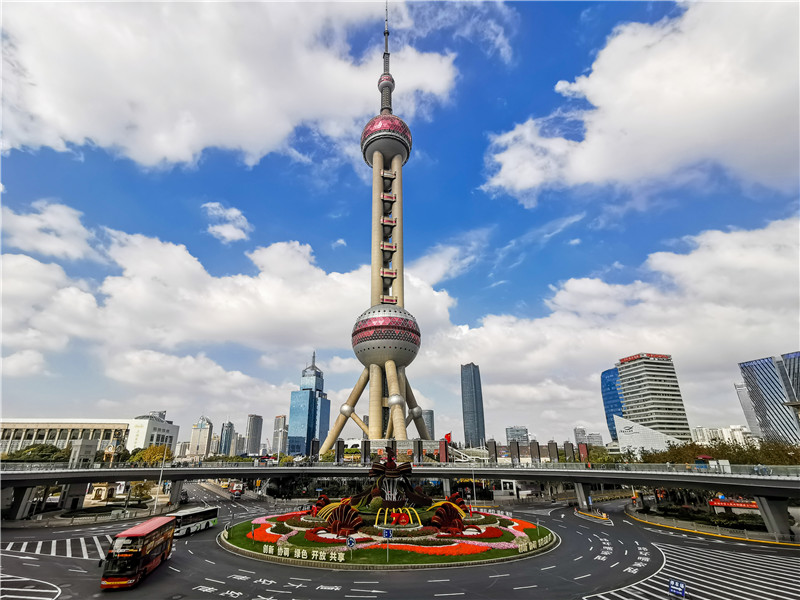 The Oriental Pearl Radio & TV Tower is located at the tip of Lujiazui in Pudong district, Shanghai. Construction begins in 1991 and finishes in 1994. At 468 meters high, it is the tallest structure in China from 1994 - 2007, and is one of the most gamous landmarks in the area. [Photo/IC] 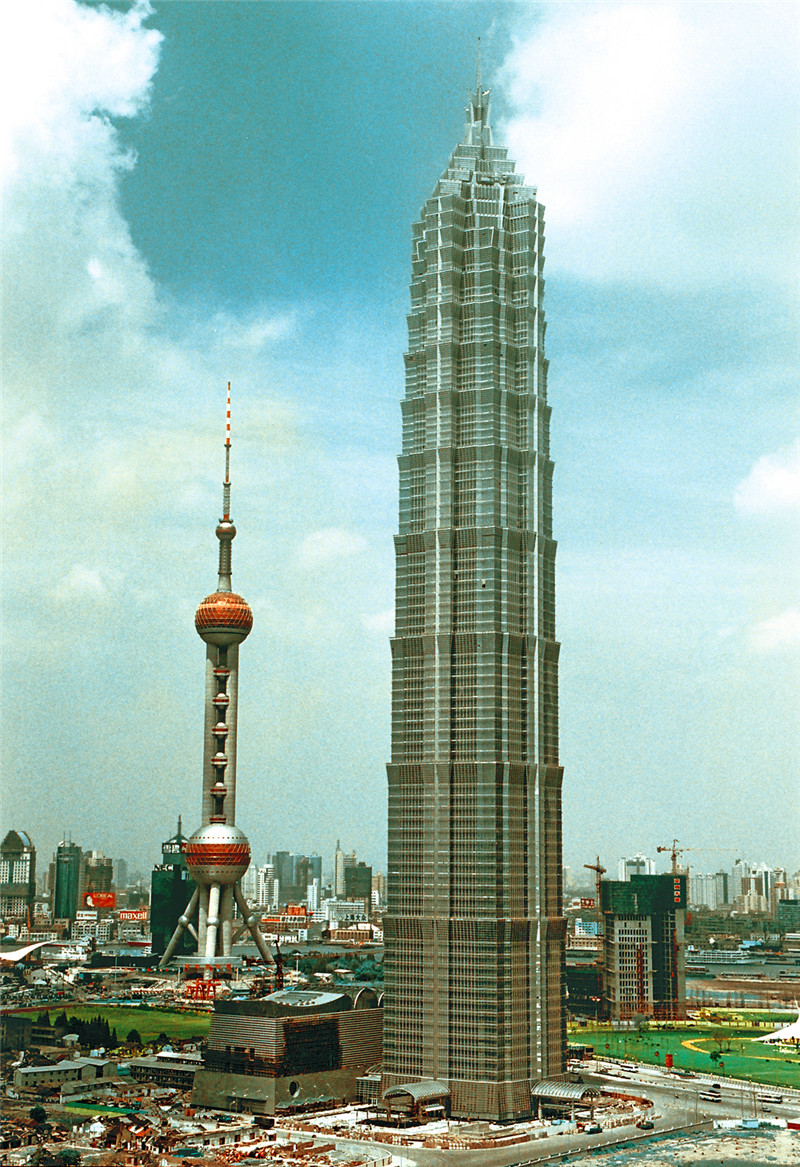 Construction on the 88-story Jinmao Tower (left) in Shanghai is completed in 1998. It is one of the most famous skyscrapers in Shanghai. [Photo/IC] 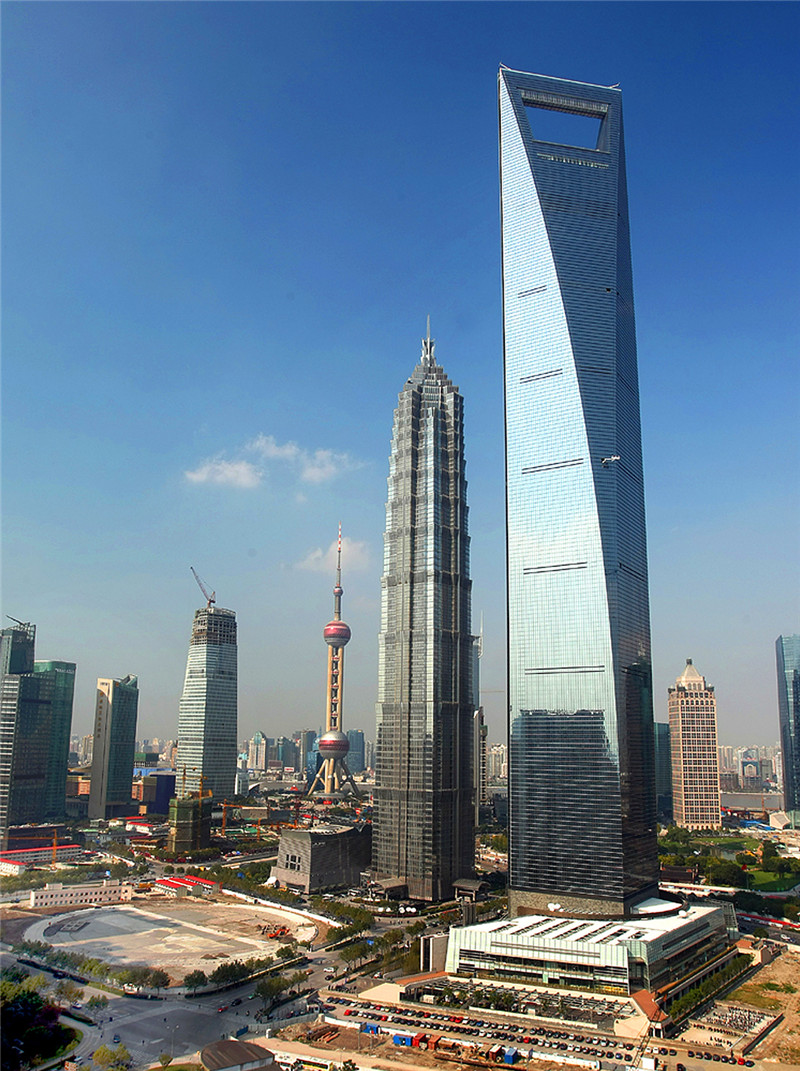 The 492-meter-high Shanghai World Financial Center (right) is built in 2008 in the Lujiazui area of Pudong District, which is sometimes referred to as the "Wall Street of China." It is the tallest tower in the Chinese mainland at the time. [Photo/IC] 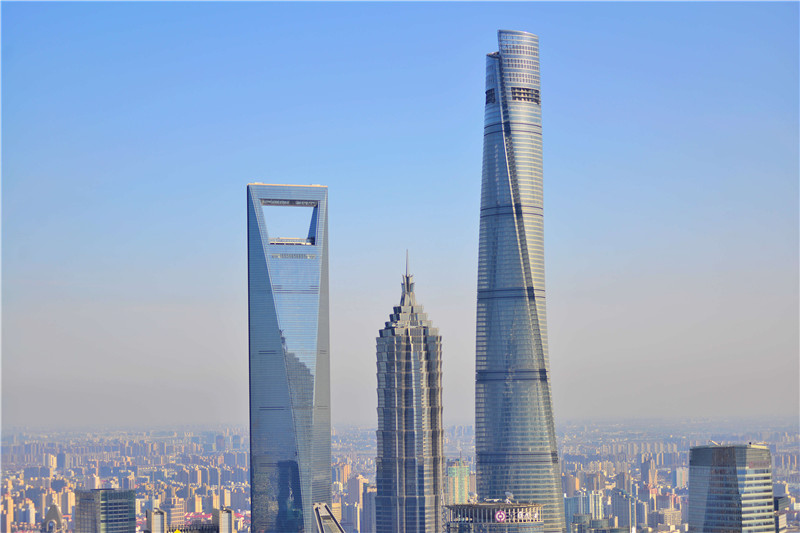 Shanghai Tower (right) is 632 meters tall. It opens its doors to the public in 2016 after eight years under construction. It is the tallest building in China and the second-tallest in the world. The 132-story skyscraper in the Lujiazui area of Pudong District is praised for its energy efficiency and eco-friendliness. [Photo/IC] 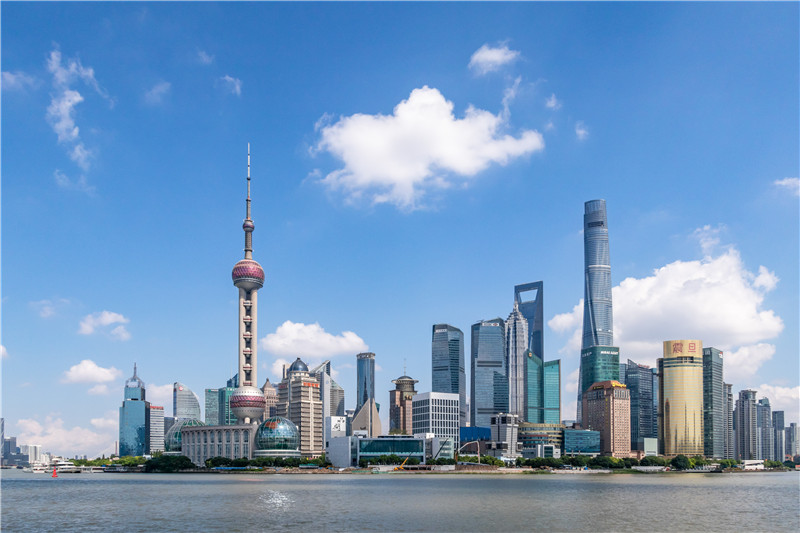 Skyscrapers dominate the skyline of the Huangpu River and the Lujiazui financial district in Pudong, Shanghai. [Photo/IC]