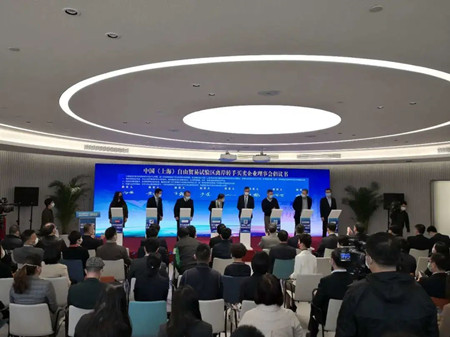 Statistics show that 47 domestic and foreign enterprises in the Shanghai FTZ received support in exchanging foreign currency, accounting for more than 90 percent of the city's total number.

Local authorities said that offshore intermediary trade plays an important role in helping Shanghai become an important hub for promoting the coordinated development of onshore and offshore businesses, and will make the city more competitive in the global market.

Offshore trade will facilitate commerce by lowering logistical expenses for companies and encouraging more multinational companies to set up regional headquarters in the zone, and will also help Shanghai achieve its goal of becoming an international economic, finance, and trade hub.

Financial service sectors and cross-border renminbi settlement and clearing will be boosted by offshore trade, accelerating Shanghai's development into an international financial center.

This year marks the 30th anniversary of the start of development and opening-up of Pudong New Area as well as the 30th anniversary of the establishment of Waigaoqiao bonded area in the Shanghai FTZ. The zone will give more focus to the development of offshore intermediary trade, aiming to develop offshore financial services into a new growth driver for the Shanghai FTZ, according to Chen Yanfeng, deputy head of the management committee of Shanghai FTZ's bonded area.