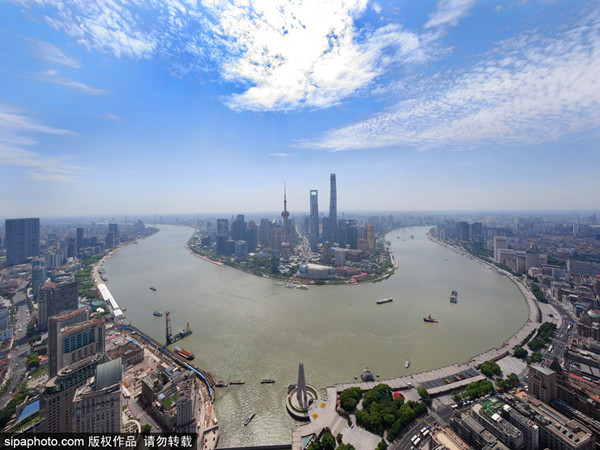 A skyline of Shanghai in East China [Photo/Sipa]

China's 18 pilot FTZs (free trade zones) utilized 60.25 billion ($8.62 billion) yuan of foreign investment, accounting for 17 percent of the country's total, in the first five months of this year, according to Tang Wenhong, director of the department of pilot FTZs and free trade ports of the Ministry of Commerce (MOC).

Tang added that pilot FTZs are new centers of China's opening-up in the new era, as well as important platforms for the country to attract foreign investment.

The central government will continue to give more autonomy in reform to pilot FTZs in an effort to support their institutional innovation efforts and set up an open, transparent and stable environment for foreign investors, according to Tang.

Currently, the country is speeding up the promotion of reform measures that were tested in pilot FTZs.

The State Council announced that it will implement the sixth round of measures tested in the pilot FTZs across the country. The new measures, consisting of 37 items, will help maintain stability in six key areas－employment, financial operations, foreign trade, foreign investment, domestic investment and expectations－and enhance protection in six other areas: jobs, basic living needs, business operations, food and energy security, and stable industrial and supply chains, according to Tang.

Supported by the central government, the pilot FTZs will further speed up the pace of institutional innovation and dismantle institutional barriers that restrict industrial upgrading.