12th Lujiazui Forum to kick off in Shanghai 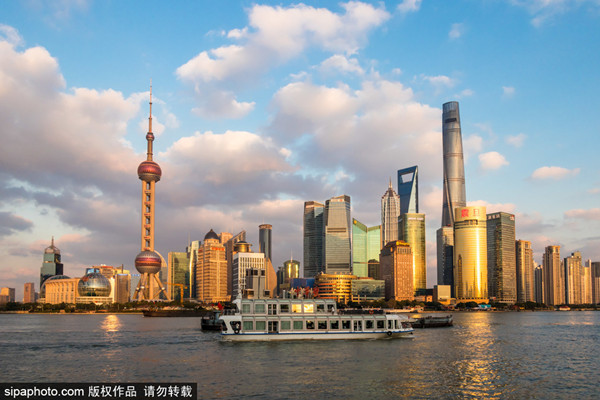 High-rise buildings and skyscrapers dominate the skyline of the Huangpu River and the Lujiazui Financial District in Pudong, Shanghai, on Dec 28, 2018. [Photo/Sipa]

The 12th Lujiazui Forum will be held in Shanghai from June 18 to 19, gathering government officials and financial experts to discuss and foster international financial cooperation and further the reform and opening-up of China.

According to the city's 13th Five-Year Plan released in early 2016, Shanghai should grow into a world financial center which is in line with China's economic power and renminbi's international status by the end of 2020. This year's forum will sum up past experiences, achievements and inadequacies over the past few years.

Plans and targets will also be discussed at the forum to facilitate the development of Shanghai, said Xie Dong, head of the Shanghai Municipal Financial Regulatory Bureau at a news conference on Thursday.

This year's forum will adopt videoconferencing for the first time to connect overseas speakers who cannot be present in Shanghai due to the COVID-19 epidemic. Organizers pointed out that overseas guests have shown overwhelming enthusiasm for the forum, with the number of registered overseas attendants expected to hit a record high.

The forum will cover hot topics including the one-year anniversary of the STAR Market at the Shanghai Stock Exchange, the development of fintech and the asset management industry.

Yi Huiman, chairman of China Securities Regulatory Commission, and Shanghai's Acting Mayor Gong Zheng will co-chair the forum. Experts from industry giants such as Bank of China, Ant Financial, JP Morgan will also be in attendance.