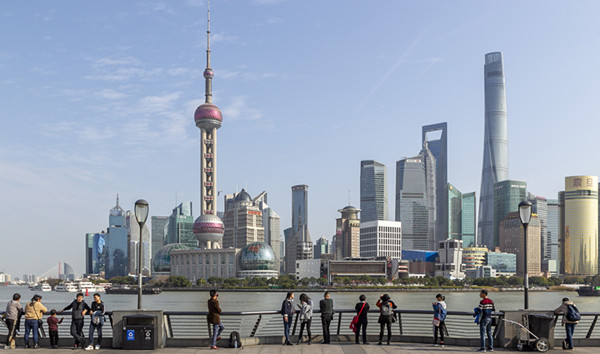 The China (Shanghai) Pilot Free Trade Zone (FTZ) in East China's Shanghai has carried out more than 100 institutional reforms since its establishment in 2013, including the formulation of negative lists for foreign investment market access, pre-establishment national treatment, and the separation of permits from business licenses, all of which have injected new impetus into the economy, according to local media reports on April 30.

With the array of benefits granted by the central government to free trade zones, the Shanghai FTZ was instrumental in helping the company obtain business licenses in 2015.

The fresh-food chain has witnessed rapid growth since 2015, with more than 220 stores opened in 23 cities nationwide, and it has become a pioneer of Shanghai's online new economy.

The construction of a machining distribution center for Hema Fresh started in Pudong New Area on April 17. It is expected to be put into use within two years, and will offer services in storage, delivery, sorting and processing. The new industrial center is estimated to generate annual revenue of more than 10 billion yuan ($1.41 billion) after it begins operations.

The Shanghai FTZ has streamlined administrative procedures for the establishment of enterprises, cutting the approval process for obtaining a business license from 95 to five working days.

The Shanghai government also launched guidelines for accelerating the deep reform and opening-up of Pudong. The Shanghai FTZ took bold steps in reform and innovation, and issued an initiative measure to reduce the amount of application materials and handling time.

Government authorities said that when applying for the establishment of convenience stores, applicants were previously asked to fill out nine forms, but now only need to fill out one form.

Due to the continuous improvement of government services and innovative reforms, market entities in the Shanghai FTZ have shown great enthusiasm. Statistics show that as of March this year, 64,000 newly-established enterprises had entered the Shanghai FTZ, including 12,000 foreign-invested ones, which accounted for nearly 20 percent of the zone's total number.

Payment methods in the Shanghai FTZ are becoming more convenient than before, with a series of measures introduced to encourage innovation and improve efficiency.

In order to promote trade facilitation, the Shanghai FTZ set up an offshore intermediary trade service center on April 13 which will facilitate commerce by lowering logistical expenses for companies and encouraging more multinational companies to set up regional headquarters in the zone.

The Shanghai FTZ will provide more substantial financial support to promote the development of offshore businesses and relieve the tax burden on enterprises carrying out offshore business, according to Chen Yanfeng, deputy head of the management committee of Shanghai FTZ's bonded area.