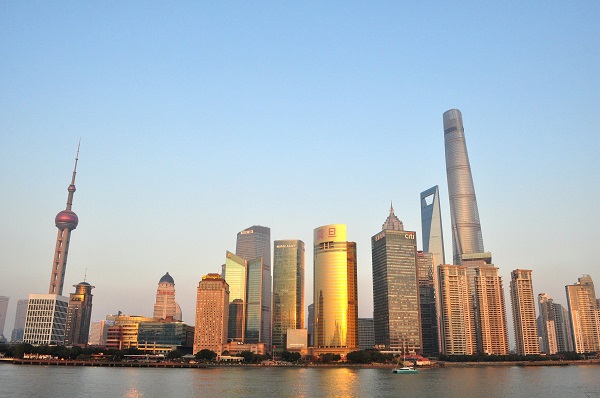 As the city's international financial center, Pudong has become the first choice for foreign-funded financial institutions looking to expand into the Chinese market.

According to incomplete statistics, more than 20 foreign-funded financial projects have set up operations in Pudong since China announced it would further open up its financial sector in April 2018.

"Shanghai is one of the most energetic cities in China and the world," said Filippo Gori, president of J.P. Morgan Asia Pacific. "The J.P. Morgan Securities (China) Company will provide high-quality financial products and services to its Chinese and international clients and introduce more investors to the Chinese market."

Over the past few years, J.P. Morgan has been increasing its investment in Pudong. J.P. Morgan Asset Management (Shanghai), China's first wholly foreign-owned asset management company, was established in the district in 2016. The group also increased its holdings in a local mutual fund joint venture to 51 percent from 49 percent in 2019.

As Shanghai pushes forward the international financial center construction, it has been a common view for a number of world-class financial institutions to expand their operations in the city. Pudong is the most popular destination due to its high level of development and favorable business environment.

Looking at the asset management sector, leading global investment solutions firm Russell Investments completed its private fund manager registration on Feb 14, the first of its kind in China this year. It was soon followed by Income Partners Asset Management (Shanghai) on March 10.

There are currently 25 wholly foreign-owned institutions that have acquired PFM licenses in China, 22 of which are operating in Pudong.

China has announced that it will officially scrap foreign ownership restrictions on security and mutual fund companies on April 1 this year. According to sources, several wholly foreign- owned financial companies are on the way, most of which will be based in Pudong.