Lujiazui presses ahead with efforts to become global financial hub

Lujiazui Financial City of the China (Shanghai) Pilot Free Trade Zone is pressing ahead with efforts to become a global financial hub after guidelines on how to further accelerate Shanghai's development into an international financial center and integrate the Yangtze Delta River region were issued on Feb 14.

Foreign-funded financial institutes in Lujiazui have expressed excitement over the new guidelines, which signify a higher level of opening up to the outside world in the financial sector.

Qian said that UBS expects China to open its doors even wider to foreign financial   institutes, allowing it to coordinate its separate businesses in China as a holding parent company and also bring its comprehensive financial solutions to China.

"China has long been a key market for UBS," Qian said, "as one of the earliest foreign institutes to enter the Chinese market, UBS has witnessed the opening up of Chinese financial markets and has benefited greatly from it."

As   early as 1858, the Standard Chartered Bank set up its first branch in Shanghai. The bank has long viewed Shanghai as one of the most significant cities in realizing its global strategy.

In   recent years, the bank has taken part in a number of financial projects in China aimed at further opening up China's financial sector to the outside   world. For instance, the bank became China's first foreign institute to be granted a custody license for a securities investment fund.

She added that the Standard Chartered Bank will make use of its own advantages to expand the scope of its services in the China's financial market.

An increasing number of financial institutes are looking to set up operations in Lujiazui Financial City. 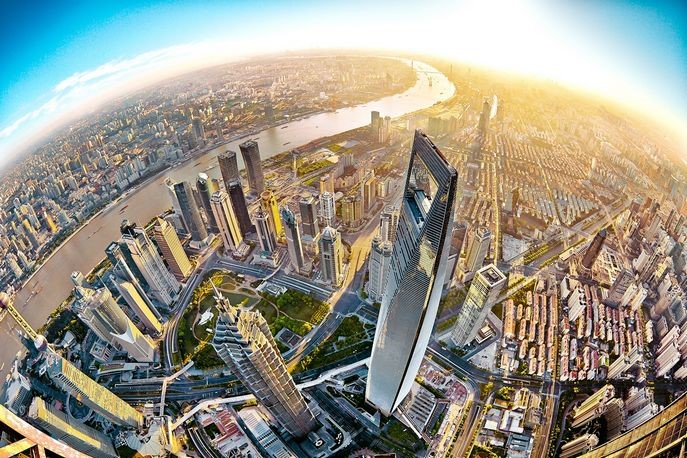