Li calls for better use of internet, big data 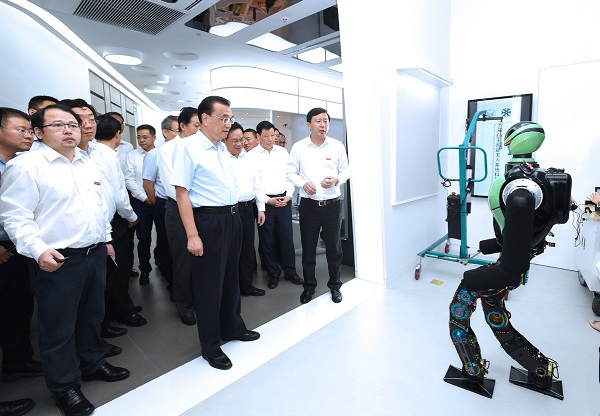 Premier Li Keqiang called for better use of the internet and big data to refine administrative services and better serve businesses and the public. He spoke during an inspection tour of Shanghai on Monday and Tuesday.

Using big data to improve government services and better meet public demand is an important part of the reform to streamline administration, enhance compliance oversight and improve services, the premier said as he visited the municipal big data center.

Authorities can learn about public opinions and feelings from big data, and it is important to ensure data security during this process, he said.

Li called for greater strides in reform and opening-up as he visited the new area of the China (Shanghai) Pilot Free Trade Zone.

Adding a new area to the pilot FTZ is a measure to expand reform and opening-up, and it is important to develop the new area in line with international standards, he said.

He underlined the importance of optimized planning and coordinated development to enable high-quality development.

The cooperation between China and foreign businesses in the area of education and vocational training must be stepped up to train more financial professionals who are familiar with domestic laws and international rules, he said.

China unveiled its first pilot FTZ in Shanghai in 2013. Twelve pilot FTZs have been established nationwide, where reform measures such as streamlined business registration and easier access to administrative services are tested before being promoted nationwide.

Li learned about the impact of the macro economy on businesses at Shanghai Electric Group Co, one of the largest equipment manufacturing conglomerates in China.

It is important for Chinese businesses to set their sights on international standards, try to create miracles and display their competitiveness, he said.

He encouraged the company to take part in international competition and contribute to the improvement in China's overall level of equipment manufacturing.

The premier learned about the latest technologies in artificial intelligence at the AI Island at Zhangjiang Science City.

He said that artificial intelligence must better serve the needs of the people. It is important for the country to put emphasis on fundamental research and attract more talent to the area, he said.

He underlined the importance of enhanced coordination and cooperation, promotion of more research outcomes to sectors such as manufacturing and services and fostering of new growth engines.