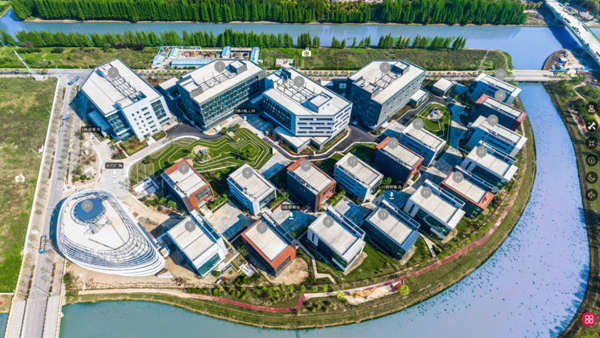 Dozens of government officials, company leaders, experts and scholars recently were invited to give suggestions on the establishment of an artificial intelligence (AI) island in Zhangjiang, Shanghai.

The plan to build the AI island, proposed in April, was inspired by the area’s solid AI industrial foundation, as 11 of the newly released top 50 AI enterprises in Shanghai are from Zhangjiang and potential unicorn AI-assisted companies have also sprung up in Zhangjiang, which include Qiniu Information Technologies Co and Fourier Intelligence.

According to the plan, the island will cover 100,000 square meters and will focus on AI, big data, cloud computing, block chains, virtual reality (VR) and augmented reality industries.

The attendees expressed their expectations about the island and discussed how to attract companies to it and how to build an ecosystem of intelligent industry there.

Zhang Zhen, marketing director of IBM China, was looking forward to a public data platform where enterprises can share their data instead of being isolated.

Local officials explained that the island will gradually offer enterpirses some practical application scenarios for R & D and testing, such as a scenario for a 5G test, based on the actual needs of different industries.

Chen Qijun, dean of the College of Electronic and Information at Tongji University, said he thought that AI would add new vitality to the economy and that Shanghai should take the chance and use its industrial advantages in automobiles, healthcare, logistics, finance and high-end manufacturing.

During the conference there was also discussion about forming an AI industry expert committee to work on the development of an AI industry in Zhangjiang.