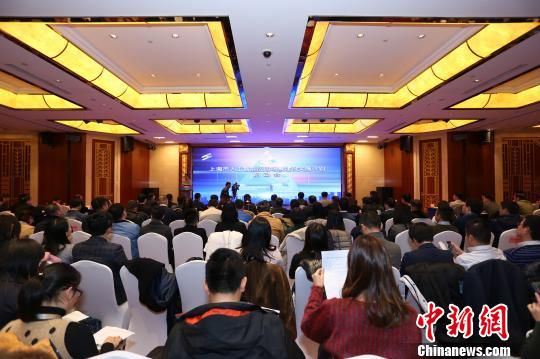 Shanghai rolls out a plan to build AI application scenarios on Dec 12, and Zhangjiang companies play significant roles in fulfilling the plan. [Photo/chinanews.com]

Zhangjiang, Shanghai's Silicon Valley, plays a significant role in the city's artificial intelligence (AI) development, according to a plan to build AI application scenarios the city released on Dec 12.

Ten real-life scenarios including education, healthcare, transportation and manufacturing were published together with the introduction of 60 emerging AI technologies from local companies, of which 16 companies are from Zhangjiang.

Moreover, Zhangjiang AIsland was selected into the first batch of carriers for AI application scenarios in Shanghai.

The planned-to-be-built AIsland aims to establish an ecosystem of intelligent industry. With the help of AIsland, Zhangjiang intends to accelerate the clustering of AI, big data, cloud computing, blockchain, virtual reality, and augmented reality industries in its central area, and then spread the technology and application across the scientific city.

The plan is part of the latest efforts to drive Shanghai toward its goal of hosting six AI demonstration zones and 60 AI applications by 2020.

It aims to collect global solutions to serve a wide array of application scenarios and accelerate the transformation of new technologies, products and models into productivity and economic drivers, according to Zhang Ying, chief engineer at the Shanghai Municipal Commission of Economy and Information.

Zhangjiang has laid a solid foundation for AI industry, as a large number of AI companies are located there including Qiniu Information Technology Co, Fourier Intelligence, Data Grand, and Motovis.