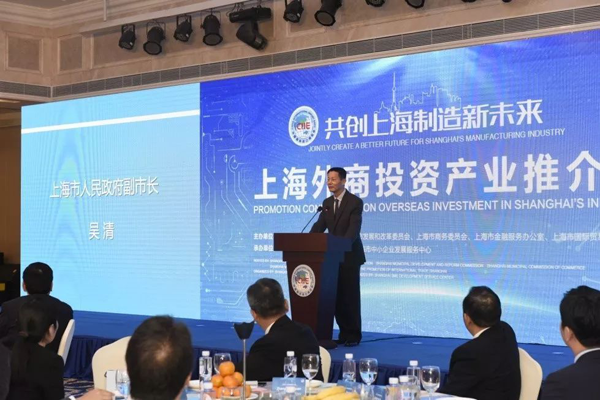 Ten foreign-invested industrial projects involving healthcare, intelligent manufacturing and internet-connected vehicles will land in Shanghai, according to deals signed on Nov 7 during the China International Import Expo held in the city.

The projects include an international medical technology accelerator with investment from a foreign-invested joint venture MedTecX, a continuous renal replacement therapy (CRRT) production line by Baxter Healthcare Co, a new plant by Finnish company Sammet Dampers Oy, and a research center by Idemitsu Lube (China) Co, among others.

Chen Mingbo, director of the Shanghai Municipal Commission of Economy and Informatization, said that Shanghai has kept opening doors to the outside world to improve its competitiveness, and insisted on the strategies of "bringing in" and "going global" when participating in global economic cooperation and exchanges.

This year, the city has promoted the construction of key industrial projects. Its industrial investment in the first three quarters of 2018 has reached 76.23 billion yuan ($11 billion), up by 18.5 percent year on year.

At present, Shanghai has more than 50,000 foreign-invested enterprises, among which 653 are regional headquarters and 438 are research centers.

With the release of 100 measures to further expand the city's opening up this July, Shanghai will unite forces to build a better and more efficient economic center. It will continue to attract more foreign-invested projects and promote the opening up of its manufacturing and service industries. 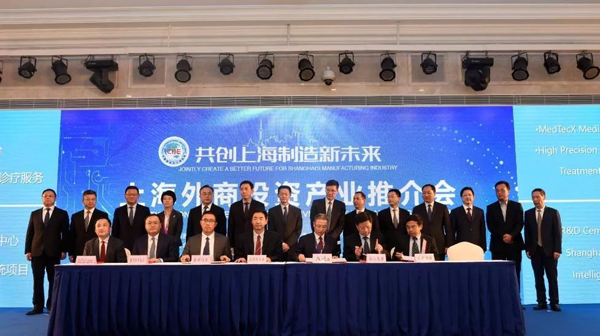 Deals are signed in Shanghai on Nov 7 to land ten overseas-invested industrial projects in the city. [Photo/WeChat account: chj-pj]