Shanghai now has more than 400 foreign-invested research centers, the most in China, Pudong Times reported on Oct 25.

The research centers are mainly involved in hi-tech fields such as information technology and medicine, which are conducive to improving the global competitiveness of the city's strategic emerging industries.

The US-headquartered DuPont was the first Fortune 500 company to arrive in the city's Pudong New Area and it opened its research center in the area in 2005.

The DuPont China R&D Center is the company's largest research center outside the United States. It has world-class scientific research capacity in multiple fields such as photovoltaic technology, biotechnology and high-performance material. It has hundreds of Chinese and international patents.

Switzerland-based global healthcare company Novartis invested $1 billion to build a R&D park in Zhangjiang, Pudong, and the park, the company's third largest research center worldwide, was put into use in 2016.

The park focuses on the R&D of new drugs for diseases of high incidence like cancers and liver diseases.

SAP, a world leader in enterprise applications in terms of software, built the SAP Labs China in Zhangjiang in 2003, generating fruitful results in intelligent manufacturing, smart transportation, and safety of internet-connected vehicles based on technologies of big data, artificial intelligence, and internet of things.

The Shanghai R&D Center of Dow Chemical started operation in 2009, which boasts 700 researchers and over 80 world-class labs. This February, the company also opened its Asia Pacific Digital Marketplace Center in Zhangjiang.

To achieve the goal, the city released 16 measures last October to encourage foreign-invested research centers to participate in the city's construction of a scientific and technological innovation center. 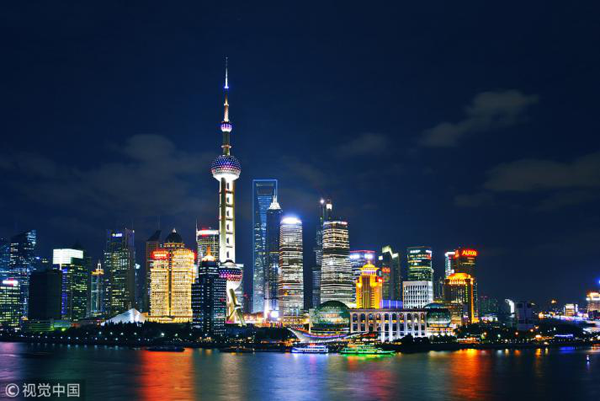 Shanghai ranks top in China for its amount of foreign-invested research centers, and continues to attract more to enrich its innovative resources and to improve its global influence. [Photo/VCG]