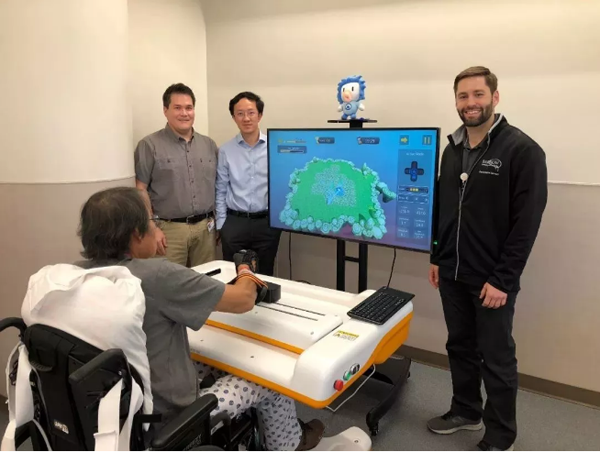 Fourier Intelligence exported the Fourier M2, an upper-limb rehab robot they developed independently, to the Barrow Neurological Institute, one of the world's largest diagnosis, treatment and research centers of neuroscience based in the United States, in March.

Fourier M2 is designed to encourage neuroplasticity of upper-limb function on patients with neurological brain injuries.

This was the first time a China-made rehab robot was exported to the US, marking a significant step for China's self-owned rehab robot brand.

The US was the birthplace of the rehab robot, as MIT developed the world's first upper-limb rehab robot as early as the 1980s. As a result, it is difficult for China's rehab robots to enter the American market due to extremely strict examination standards and regulations, as well as fierce competition from domestic robot brands.