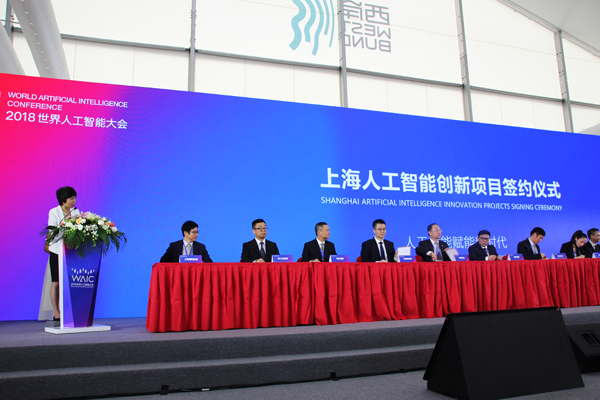 A number of deals to land innovative artificial intelligence projects in Shanghai are signed at the World Artificial Intelligence Conference on Sept 17. [Photo/news.stcn.com]

Deals for 20 innovative artificial intelligence (AI) projects that are set for Shanghai were signed on Sept 17, at the World Artificial Intelligence Conference being held in the city.

The fund, co-invested by Shanghai Guohe Capital, Venture Capital Guiding Fund of Songjiang and several other capital firms, will be launched to support the AI industry in the G60 science and innovation corridor, which spans across nine Chinese cities such as Shanghai, Jiaxing and Hangzhou and serves as an AI industrial hub in the Yangtze River Delta region.

The arrival of those projects in Shanghai can be attributed to the strong support by the local government for the AI industry and the city's abundant AI resources. Last year, the city released new guidelines to promote the development of the AI industry. 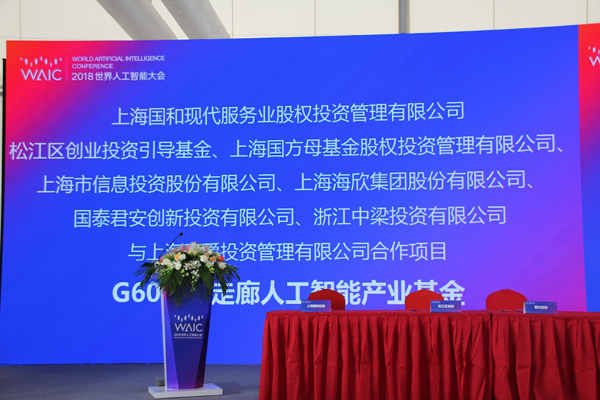 An AI industrial fund for the G60 science and innovation corridor is launched at the World Artificial Intelligence Conference on Sept 17. [Photo/news.stcn.com] 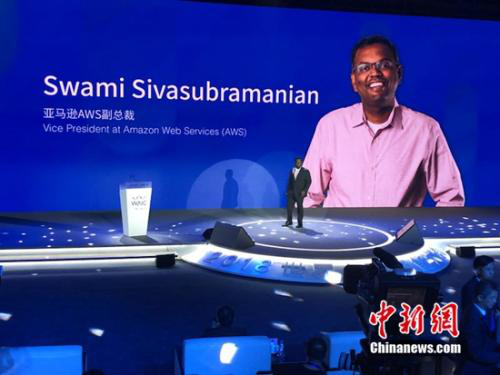