Pudong promotes itself in new campaign 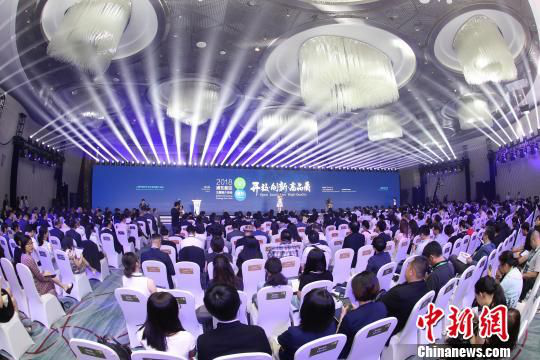 Pudong New Area in Shanghai launches a campaign on Sept 6 to promote its openness, innovation and quality. [Photo/chinanews.com]

Pudong New Area in Shanghai launched a campaign on Sept 6 to promote its openness, innovation and quality.

Tyler Paul Rhorick, an American who graduated from the New York University Shanghai, was the first foreigner to receive a national work permit for overseas students with a bachelor degree. He was present at the event and expressed his gratitude to Pudong for the opportunities the area gives to foreigners.

"I am from a small town in the US, and Pudong showed me just how convenient urban life could be," said Rhorick.

Pudong now has nearly 100,000 foreigners, many of whom were initially attracted to the area by its comfortable living environment and rising economy.

Part of Pudong's appeal is its efforts to create a "15 minute life cycle" in which it is possible for all residents to have recreational facilities such as museums, libraries, opera houses, plazas, parks, and walkways within 15 minutes of their homes.

It also provides high-quality education and medical resources, as well as abundant imported goods, to satisfy the needs of both foreign workers and their families.

A series of innovative measures have been launched in the area to attract talented overseas personnel. Pudong set up an overseas talent bureau, the first of its kind in China, last year especially to serve overseas workers.

Pudong's economic achievements have been remarkable. Its aggregate economic value rose to 961.5 billion yuan ($139.36 billion) in 2017 from 6 billion yuan 28 years ago, accounting for nearly one third of Shanghai's total economy. 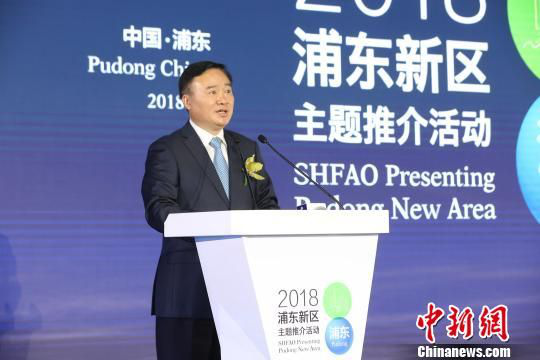 Weng Zuliang, Party Secretary of Pudong, Shanghai, speaks at a meeting in the area on Sept 6. [Photo/chinanews.com]