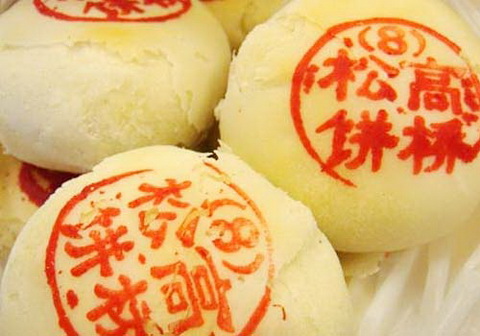 The muffin appears white, yellowish, round and delicious in taste. A bite of it tells you that it has thin skin, multiple layers and rich fillings. It is crisp, fragrant and glutinous. This exquisite glutinous snack is listed as an intangible heritage in Shanghai, and is often described as the “unbelievably crispy”.

Gaoqiao Muffins were originally created by Shanghai’s local Zhao family who were good at making thin cakes (Tabing in Chinese). In 1900, the matriarch of the Zhao family made cakes which were thin skinned, loosely filled and crispy. Later, when the Zhao family became poor, the matriarch made a living selling the hand-made muffins, and news of their deliciousness became widespread.

Gaoqiao Muffins require high quality ingredients and professional baking skills. Strict procedures are followed to soften the wheat powder, make the thin skin, fill the inside and bake. Making of the skin of the muffins is critically demanding, as two different butter pastes must be repeatedly cross-layered to deliver the proper flavor.