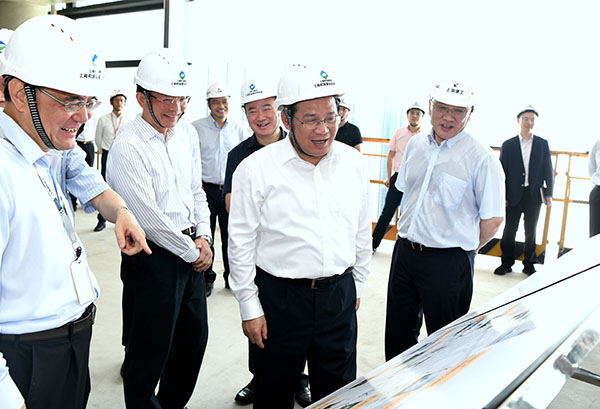 Li Qiang, Party secretary of Shanghai, stressed the importance of building an aviation hub that matches the city's status as a global city and a modern international metropolis during his visit to the city's Pudong International Airport on July 24.

Li emphasized that the aviation hub plays an important role in Shanghai improving its global status and core competitiveness, and building an international shipping center.

He urged Shanghai's two international airports to improve its traffic facilities and related services to give Chinese and foreign passengers a more comfortable and convenient travel experience.

Last year, the city's Pudong and Hongqiao international airports collectively handled 112 million passengers and had a throughput of 4 million tons in cargo.

In order to extend its services, the airport is building two connected satellite terminals (S1 and S2) totaling 622,000 square meters, where passengers can wait for their flight or transfer.

The terminals are expected to be put into use in 2019, when the airport will be able to handle 80 million passengers a year. 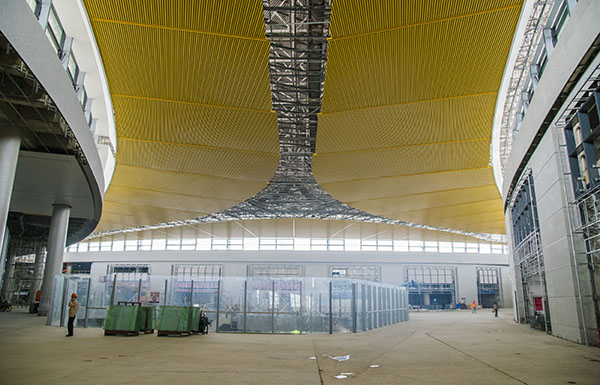 The two satellite terminals that are under construction at Shanghai Pudong International Airport. [Photo/guancha.cn] 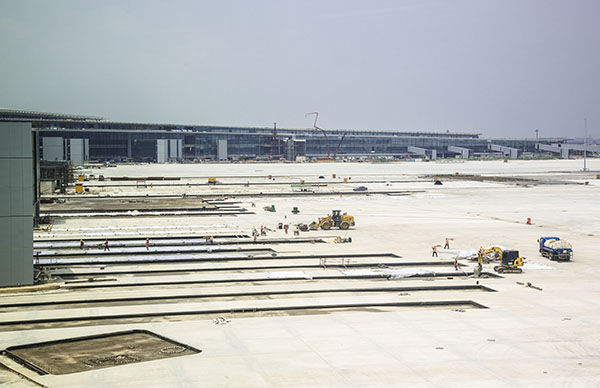