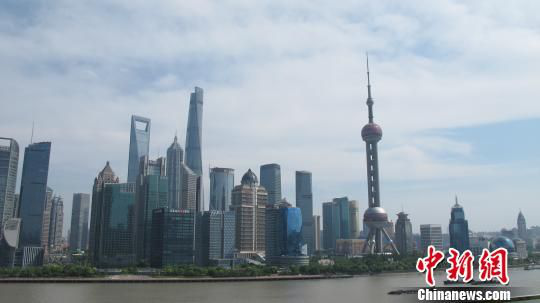 Shanghai is seen as pioneer in AI fields such as intelligent driving and intelligent robots in China, with its AI industrial output reaching 70 billion yuan to date. [Photo/chinanews.com]

Shanghai's industrial output of artificial intelligence (AI) sector has reached 70 billion yuan ($10.15 billion) to date, according to the latest statistics provided by the Shanghai Municipal Commission of Economy and Informatization.

The impressive statistic can be attributed in part to a guideline the city released last November to boost the development of its AI industry.

As the AI industry continues to grow at an exponential rate, the Shanghai government has set a goal of growing its AI industrial output to more than 100 billion yuan in the next two to three years.

Several local AI companies have seen some success with their ideas and innovations.

Shanghai SenseTime Co is working on developing more advanced AI technology for smart cities, and the automobile and retailing industries.

Shanghai Leyan Information Technology Co's AI-based customer service robots have been widely used, which have the aim of freeing labor forces from simple and repetitive work, said Li Bin, CEO of the company.

In a sign of the Shanghai being a big player in the global AI industry, the city has been selected as the host venue of the AI World 2018 this September, during which the latest trends of AI industry will be discussed and exhibited. The event is considered conducive to Shanghai's AI development.