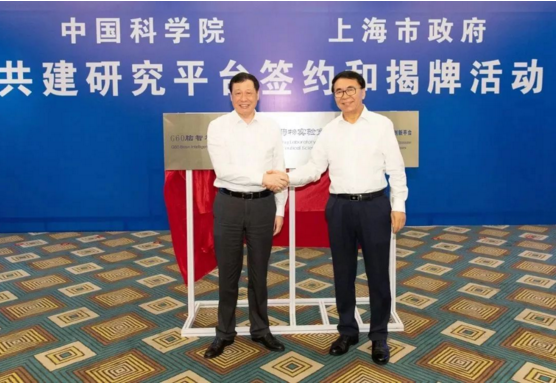 The Zhangjiang Laboratory of Pharmaceutical Science aims to independently develop new drugs that are affordable and effective for patients and have minimal negative side effects.

The G60 Brain Intelligence Innovation Park will take advantage of the cloned monkey technology of CAS to advance the R&D and application of technologies for the diagnosis, intervention, and treatment of key brain diseases.

The Collaborative Innovation Center for Immune Intervention of Infectious Diseases will work on developing anti-infection antibodies and new-type vaccines to improve the country's global competitiveness in the bio-medicine sector. 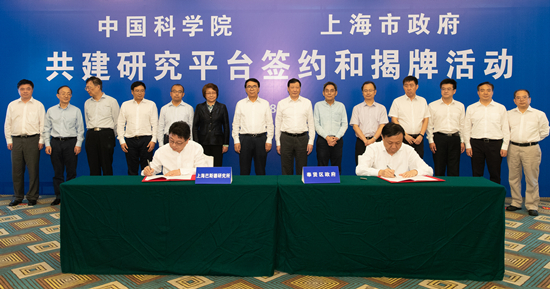 Shanghai's Songjiang district reaches a deal with CAS Center for Excellence in Brain Science and Intelligence Technology on July 17. [Photo/sh-italent.cn]

The launching of these three platforms are considered as a significant step for Shanghai's goals of becoming a scientific and technological innovation center and developing its Zhangjiang area into a national science center, according to Bai Chunli, president of CAS.

Bai vowed that CAS will give full support to the construction of these platforms, and suggested bringing in and nurturing some of the world's leading scientists and deepening reforms to encourage technological innovation.

Ying Yong, mayor of Shanghai, stated that the new platforms will boost Shanghai's innovation in life sciences, and he expected they will develop into world-class research institutes as soon as possible.

CAS, China's national scientific thinktank, has built a number of research institutes specializing in life sciences, pharmacy, and chemistry in Shanghai and made many great breakthroughs. 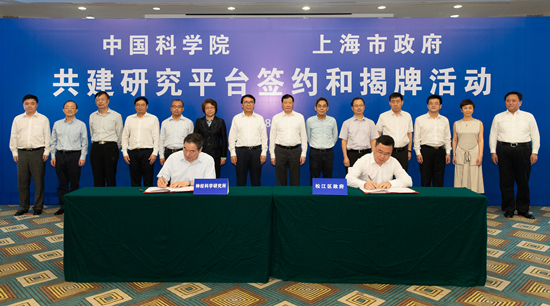 Shanghai's Fengxian district signs a cooperation agreement with the Institute Pasteur of Shanghai of CAS on July 17. [Photo/sh-italent.cn]