SHFTZ to prolong the use of electric energy meters

The China (Shanghai) Pilot Free Trade Zone (SHFTZ), announced on May 18 plans to carry out a pilot plan of prolonging the usage period of the area's electric energy meters. 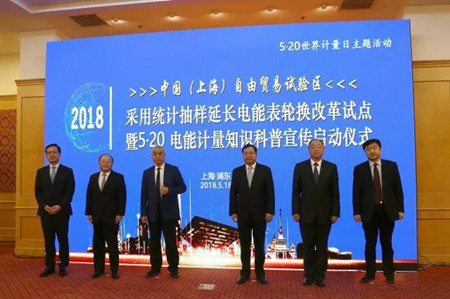 Authorities announce the launch of a pilot plan of prolonging the usage period of the area's electric energy meters in Pudong New Area, Shanghai on May 18. [Photo provided to chinadaily.com.cn]

The plan was based on years of related scientific research and using the guidelines of the International Organization of Legal Metrology (OIML) and successful experiences of developed countries for reference.

The plan uses a statistical sampling method to examine whether an electric energy meter is qualified for a prolonged usage period or not.

Huang Xiaolu, director of the Shanghai Municipal Bureau of Quality and Technical Supervision, speaks at the launch ceremony of a pilot plan of prolonging the usage period of the area's electric energy meters. [Photo provided to chinadaily.com.cn]

The technical specifications used to guide the examination are stricter than the country's verification regulations and the international guidelines of OIML for the benefits of consumers.

This new plan is an innovation of the previous rule that stated that all electric energy meters must be changed once they are due and avoids the production of a large amount of electronic waste.

This innovative move shows the improvement of the district's refined management level, promotes the rational utilization of resources, and advances the construction of the ecological system in Pudong.The pilot plan also formed part of the celebrations of this year's World Metrology Day organized by Pudong's market supervision bureau, which include the supervision and inspection on legal units of measurement in key fields concerning people's livelihoods such as bazaars, supermarkets and restaurants, as well as the popularization of basic metrological knowledge.

The World Metrology Day falls on May 20 every year. This year its theme was "Constant Evolution- the International System of Units". 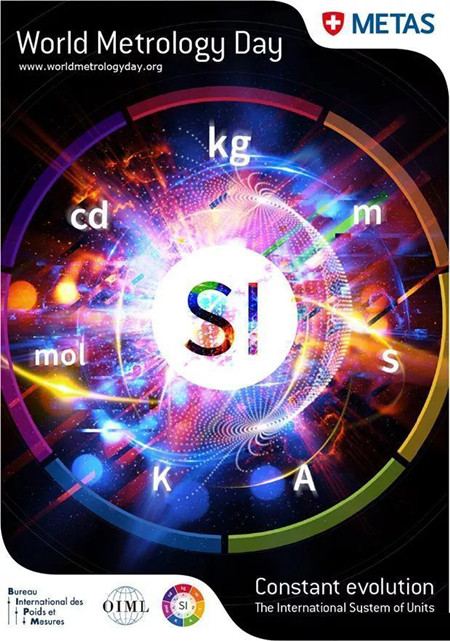 A poster for the 2018 World Metrology Day. [Photo provided to chinadaily.com.cn]